As the original idea of MAGIC Live was to bring the pages of the MAGIC Magazine to life, it was only appropriate that the dealer room was a place where you would meet the people who advertised in the magazine. 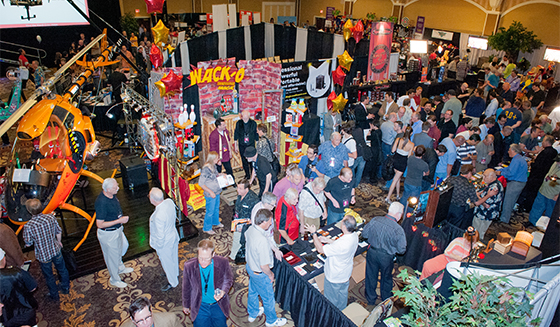 For the first Live in 2001, we attempted to upgrade the look of the venue by theming it out in red, black, and white. In 2004, it became a Mardi Gras theme, which worked well as it was held in The Orleans’ Mardi Gras Ballroom. Three years later, we were celebrating our Sweet 16 party and the room, aptly called Candyland, was decked out with giant lollypops, balloons, and table coverings in bright colors. Hank Moorehouse coordinated the room for these first three MAGIC Lives.

In the early years, the dealer room would be revealed as part of the opening night Cover Party. In 2001, a wall of balloons broke apart and drifted to the ceiling, allowing the party to flow into the dealer room. Another year, a huge curtain dropped to the ground, revealing the wonders behind it. 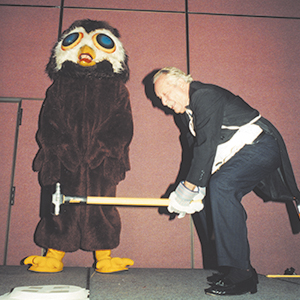 One of the most amusing reveals, however, was in 2004 when the attendees were asked to turn to a human-sized owl and say, “Open sesame.” They did, but nothing happened. They tried again, but still nothing happened. Through the crowd, Milt Larsen appeared, dressed in tails with a tool belt. He adjusted a little something here, tweaked something else over there, and finally whacked the platform with a sledgehammer. Everyone said the magic words again, and the wall slid open!

While we improved the dealer room each year, it was in 2009 that the big changes came to be. Brian Daniel, then of Creative Magic, was pushing us to “raise the bar” on dealer rooms. Eventually, we convinced him to show us what he had in mind. And he did! We had moved venues to the South Point Hotel, where the dealer room grew from 8,600 square feet to just over 10,000. Brian broke away from booths in a row, designing a floor plan that gave the room a totally different feel. He also worked with each dealer to create artistic booths, even hanging one of Mike Michaels’ helicopters from the ceiling. A number of Brian’s innovations are still in play today. 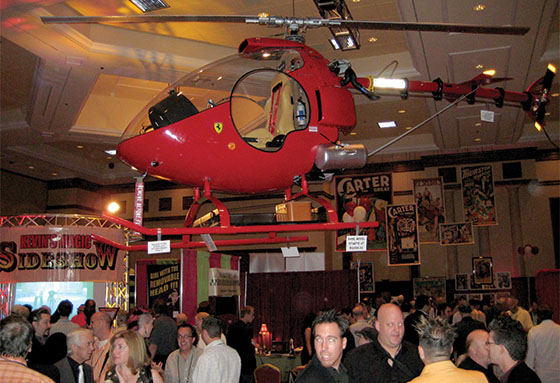 When we returned to The Orleans Hotel in 2011, the area allotted for our previous dealer rooms just wasn’t big enough. So we took over the entire Mardi Gras Ballroom, devoting over 17,000 square feet to what we called The MAGIC Shop. With this additional space, we were fearful that it might actually feel too big. So we created a floor plan that gave the room a more intimate feel, basically a giant figure 8, which means attendees are constantly running into friends in the center of the room.The new design gave us extra space for special events, such as the Grand Prize Giveaway (see Prizes). 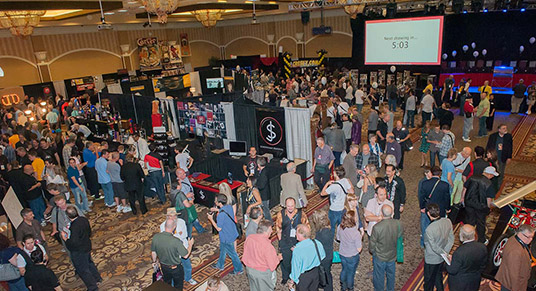