Secrets are the basic concept that makes magic effective. Some folks are driven crazy by not knowing how a trick works but, let’s face it, that moment of being utterly fooled or taken off-guard is a wonderful feeling like no other. Here at MAGIC Live we sincerely believe that mystery and surprise are a big part of our art form and an important part of this unique event.The idea of complete secrecy was debated at great length in planning our first convention in 2001. The original idea was to make the entire experience a complete surprise, which would include not telling who any of the performers would be. We all agreed that the shows would be stronger simply because people would not be able to read ahead in a program and “preview” what the next act would be.The idea that no names would be released held fast until registration wasn’t as high as we had hoped. So the impressive list was, reluctantly, released, and registrations immediately picked up. We did, however, refuse to share details, so the audience had no idea who was about to walk out on the stage at any given time or what they were going to do. And it was, indeed, intriguing. 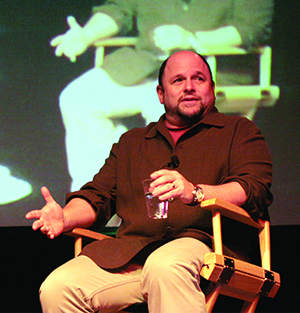 One attendee summed up his experience like this: “I was annoyed because I had no idea who was next and couldn’t decide if I wanted to stay or not. I got ‘stuck’ when Silly Billy came out to speak about kid shows, which I had no interest in. It turned out to be one of the best talks of the convention! Under normal circumstances I would have missed it. Thanks.”

Encouraged by comments like that, we put forth the “trust us” policy again in 2004 and 2007, refusing to release names at all. It was in the latter event that the popular opinion turned. One of our General Sessions was already running behind when a trick presenter went well over his allotted time. Several in the audience, after looking at the clock and assuming the “trick guy” was the last speaker, left for lunch. Later that day, when they heard that there had been one more presentation — an amazing interview with Jason Alexander — they were not exactly happy campers.

In 2009, we did our best to make everyone happy by including the schedule of speakers in the welcome packet — in a sealed envelope. The guests who wanted to be surprised were instructed not to open the envelope. We even gave them a “Shh…” pin to wear so no one would inadvertently tip the info.

Live 2009 also brought the introduction of “Electives” — longer talks centered on specific subjects. Since people needed to select which four out of thirteen they wanted to attend, the list of subjects and speakers was released ahead of time. Still, the show performers remained a secret.“Electives” morphed into “Focus Sessions” in 2011 and 2013 and, yes, we released the list in advance. The General Session speakers were also revealed, along with their days and times, but not their subject matter.Now we announce the Focus Sessions in advance,, and give a complete list of General Session speakers in your welcome packet. Of course, close-up and stage performers remain a closely guarded secret. Hopefully, a wonderful surprise!You never know what’s coming at MAGIC Live!