Behind the Curtain: General Sessions

One of the trademarks of MAGIC Live is our General Sessions. They’ve been with us since the very first convention and continue to be one of the things that set us apart from all the other conventions. And the reason is that we don’t just stack five or six lecturers on a single program in a hotel meeting room. At MAGIC Live, our General Sessions are presented in the beautiful Orleans Showroom, complete with full stage lighting, curtains, sound, and top-of-line video coverage so that every seat is up close. Each of the three two-hour programs is packed with the finest lecturers, interviews, stories, videos, and full performances — both stage and close-up. It doesn’t get any better than this! 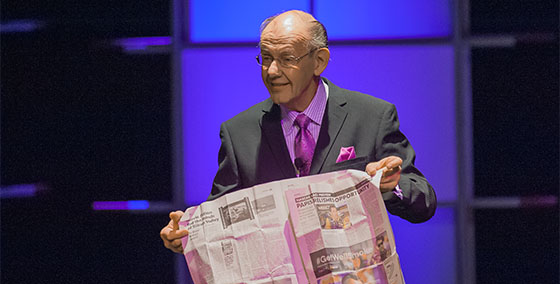 In the past, we’ve enjoyed Sos & Victoria performing their act, then discussing the basics of quick-change; Tina Lenert “connecting the dots” on her Mop Man character, then performing the act so we could see it with new eyes; and Paul Gertner accenting his presentation by performing Professor’s Nightmare with a tall girl, a medium-size girl, and a short girl — all dressed in provocative costumes. 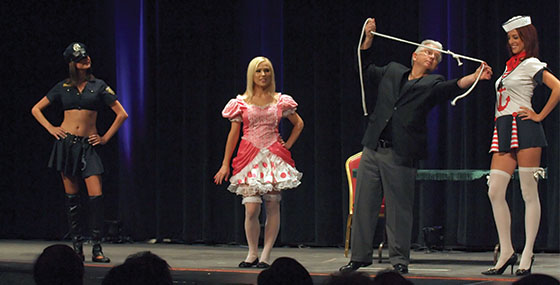 We love a good story. Over the years, we’ve heard some very good stories: Kevin James on finding his special assistants for The Operation, Kevin Spencer on how his Healing of Magic program came to be, Joanie Spina on the reinvention of Sir Pat-Trick, Richard Garriott on his adventures in space, how David Feeble preserved his show biz career through a crippling injury, and Michael Carbonaro on what really happened behind the scenes of “The Carbonaro Effect.”And all of these only make a small sampling of the innovative presentations at our General Sessions. I can’t wait for you to see what’s on the books for 2016!